During the ceremony, Deputy Goodwine and Deputy Paige Holdridge of the Arlington County Sheriff’s Office sang the national anthem. Recently retired Sheriff Dana Lawhorne, also a graduate of the Northern Virginia Criminal Justice Training Academy, was the guest speaker and offered encouraging words to the new deputies and police officers. Other highlights included graduates receiving their certificates from family members who have served in law enforcement themselves, such as Deputy Jones receiving hers from her mother, Alexandria Deputy Nora Jones.

Upon returning to the Sheriff’s Office, the deputies continued with field training before beginning their regular assignments. 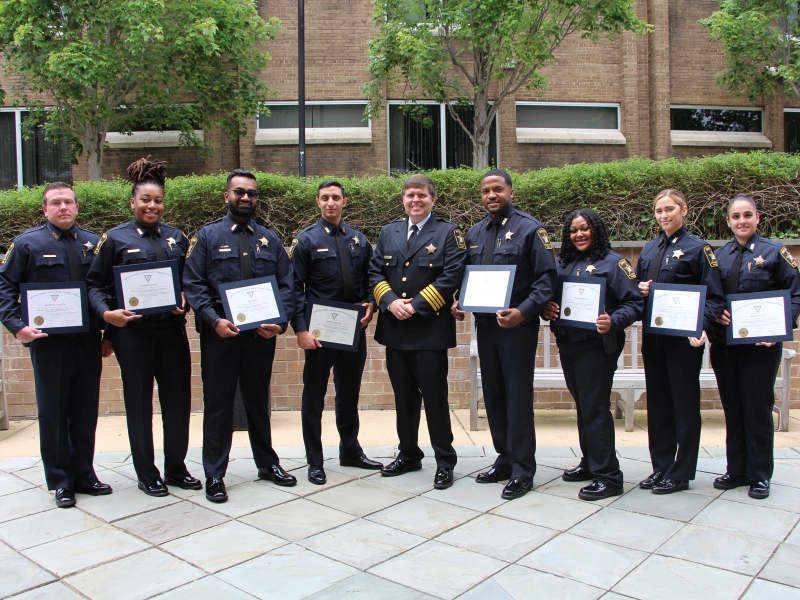