History of the Sheriff's Office

The history of the Alexandria Sheriff’s Office dates to the 18th century when the town was incorporated in 1779. The following year, the local court appointed a Town Sergeant who also served as the town's jailer.

About the Sheriff's Office

The Virginia Sheriff is a Constitutional Officer elected every four years and is the executive officer of the Court and the “keeper of the jail.” The Sheriff and Deputy Sheriffs have both criminal and civil jurisdiction. The Sheriff’s Office is also responsible for service of all court legal documents, execution of arrest warrants, and general public safety and law enforcement. All powers, responsibilities and duties of the Sheriff’s Office derive from common law, the Virginia Constitution, the Code of Virginia and the City of Alexandria Charter.

Alexandria, a city independent of any county, takes pride in its rich and diverse history which predates the establishment of the United States of America. Though officially incorporated in 1779, Alexandria was founded in 1749. On the second Saturday in July, the City celebrates its birthday in recognition of July 12-13, 1749, when the first lots in Alexandria were publicly auctioned.

Alexandria, a city independent of any county, takes pride in its rich and diverse history which pre-dates the establishment of the United States of America. Though officially incorporated in 1779, Alexandria was founded in 1749. On the second Saturday in July, the City celebrates its birthday in recognition of July 12-13, 1749, when the first lots in Alexandria were publicly auctioned.

Shortly after incorporating, Alexandria established its own government in 1780 and the local court, the Hustings Court, appointed Michael Gretter as the Town Sergeant and collector of tithables, or the tax collector. Gretter had also served as jailer, or “gaoler” as it was then spelled, since at least 1768, when the jail was located at Market Square.

Established in 1791, the federal capital of the District of Columbia took land from Maryland and Virginia, including Alexandria. 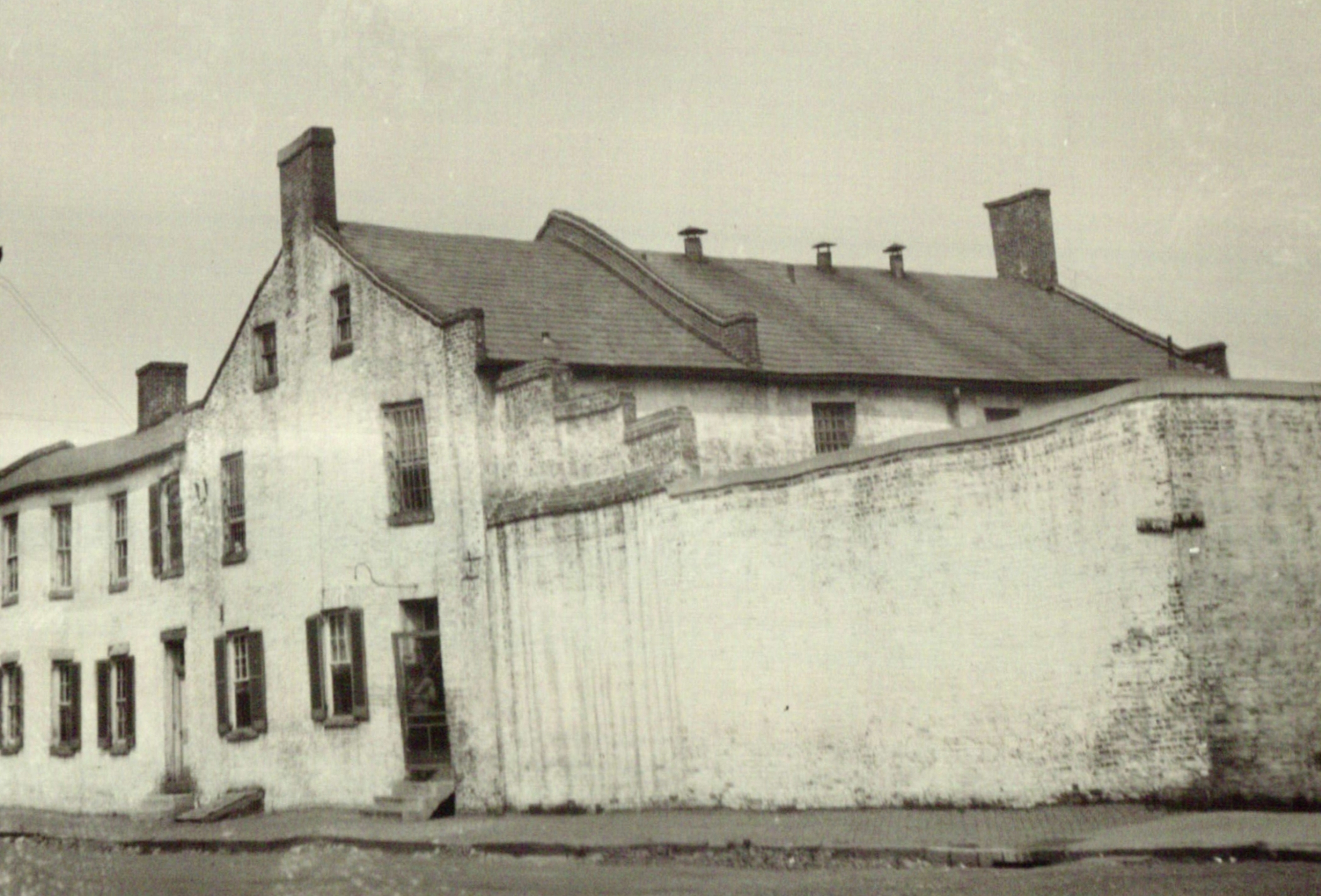 From 1801 until it was retroceded to the Commonwealth of Virginia in 1847, Alexandria was part of the District of Columbia. During this time, Alexandria’s judiciary, including courts, court officers and marshals, were federal. As a result, Alexandria no longer had a Town Sergeant but it did receive a new jail after an act of Congress approved $10,000 in federal funding for construction.

Designed under the direction of architect Charles Bulfinch, the new jail (at right) was located at the northeast corner of Princess and North St. Asaph streets and completed in 1827. Those housed in the jail included convicted criminals, debtors, and enslaved people, and during the Civil War when the Union occupied Alexandria, military prisoners were also held there. The jail building itself was located along North St. Asaph Street, and a high, whitewashed wall ran south and then east along Princess Street. The brick wall, as tall as 20 feet by 1896, met the building to the north, enclosing the jail yard. The jail yard sometimes served as the site of executions for those sentenced to death. In 1899, a prisoner named Benjamin Thomas was abducted from the jail by a mob, dragged several blocks, and lynched at the corner of King and South Fairfax streets.

The jail was expanded and modernized several times before a new detention facility opened in 1987 on Mill Road. After 160 years of service, the old jail was sold to a developer but part of the jail’s façade and the wall on the corner still remain.

Alexandria was retroceded to Virginia in 1847 and after the occupying forces during the Civil War returned Alexandria to local control, officials re-established the necessary government bodies and agencies. The Town Sergeant was then called City Sergeant, reflecting Alexandria’s growth and standing as a city, and instead of the courts appointing the officer holder, voters elected their own City Sergeant. This position was the municipal equivalent of the elected Sheriff in Virginia counties.

For most of the 20th century, guards provided security in the jail under the direction of a jailer who reported to the City Sergeant. The City Sergeant continued to be responsible for court matters such as service of legal papers and the City Sergeant worked at City Hall where the courtrooms were located on the North Fairfax Street side.

In 1971, Virginia eliminated the position of City Sergeant in municipalities and directed that the person holding the office continue as City Sheriff until their elected term expired. In Alexandria, City Sergeant Raymond Fogle became Alexandria’s first Sheriff and those executing the duties of his office became deputies. Fogle was elected to the office in 1973 and retired four years later. 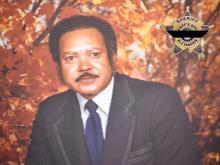 Michael Norris won election as Sheriff in 1977. He sought to modernize the Office and jail operations and in 1980, the City selected the site of the new facility that would replace the aging jail. On January 27, 1981, Deputy William G. Truesdale was escorting prisoners from court, still located at City Hall, back into the jail when one grabbed the deputy’s gun. The suspect shot Deputy Truesdale in the chest and then fled but was captured a couple blocks away. Deputy Truesdale was transported to Alexandria Hospital where he died a short time later. Later that spring, the new courthouse opened at 520 King Street.

Though planning and construction of the new jail continued under Norris, it was during James H. Dunning’s first term as Sheriff that the new detention center opened in 1987. The Adult Detention Center through an agreement with the U.S. Marshals Service, also housed federal prisoners, including high profiles such as Zacarias Moussaoui and Robert Hanssen. The Sheriff’s Office sought and achieved national accreditations from the American Correctional Association, the Commission on Accreditation for Law Enforcement Agencies, and the National Commission on Correctional Health Care. Dunning served 20 years before retiring in 2005.

Sheriff Dana Lawhorne was first elected in 2005 and was unopposed in the next three elections. He served four terms and announced his retirement in 2021. He expanded the Office’s community involvement and implemented programs such as Project Lifesaver and Away from Home Checks to enhance public safety. He also expanded programs for inmates, offering more educational opportunities and job training and professional certifications that would increase employment opportunities for those reentering the community. In 2011, the jail was officially renamed the William G. Truesdale Adult Detention Center in honor of the deputy slain 30 years earlier.

Sean Casey became Sheriff on January 1, 2022 and currently oversees a workforce of 168 sworn deputies and 36 civilian personnel who carry out the mission and proud tradition of the Alexandria Sheriff’s Office.

Explore the people, places and events associated with the history of the Alexandria Sheriff's Office.