The Judicial and Special Operations Bureau is the arm of the Sheriff’s Office that is most visible to the general public. Most of the tasks performed by the Bureau are accomplished in the streets and neighborhoods of Alexandria or under the watchful eye of citizens who frequent the Alexandria Courthouse.

Under the command of Chief Deputy Shahram Fard, the Bureau includes the Judicial and Special Operations Division which is responsible for myriad functions that serve the courts (Judicial Services Section) and perform security, warrant service and other special operations functions in the communities of Alexandria (Special Operations Section).

Judicial Services provides courthouse and courtroom security for more than 43,000 proceedings at the Alexandria Courthouse annually and is the base of operations for the Sheriff’s Office’s legal process and eviction functions.

Effective October 2, 2017, by court order, all cell phones, cameras, video recording devices or similar equipment will be prohibited inside the Alexandria Courthouse without court authorization. Visitors may store such items in lockers for a nominal fee. Law enforcement, attorneys, media and courthouse staff are exempted. Individuals who need their phones or similar devices for evidence must first request permission from the judge in court.

Special Operations deputies also transport individuals in the Sheriff’s custody to other correctional facilities and courts and to state mental health facilities. In 2022, they completed 973 prisoner transports, in addition to the 1,220 transports handled by Judicial Services deputies.

The Bureau's hours of operation are 8:30 a.m. until 5 p.m. Monday through Friday, except holidays. To reach the Judicial Operations, located inside the Alexandria Courthouse at 520 King Street, call 703.746.4120 during regular business hours. 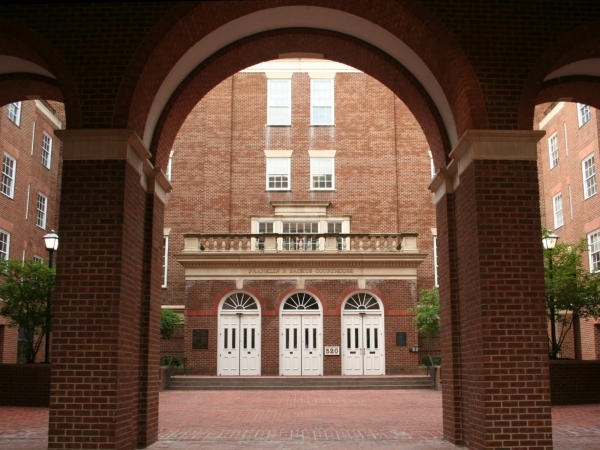