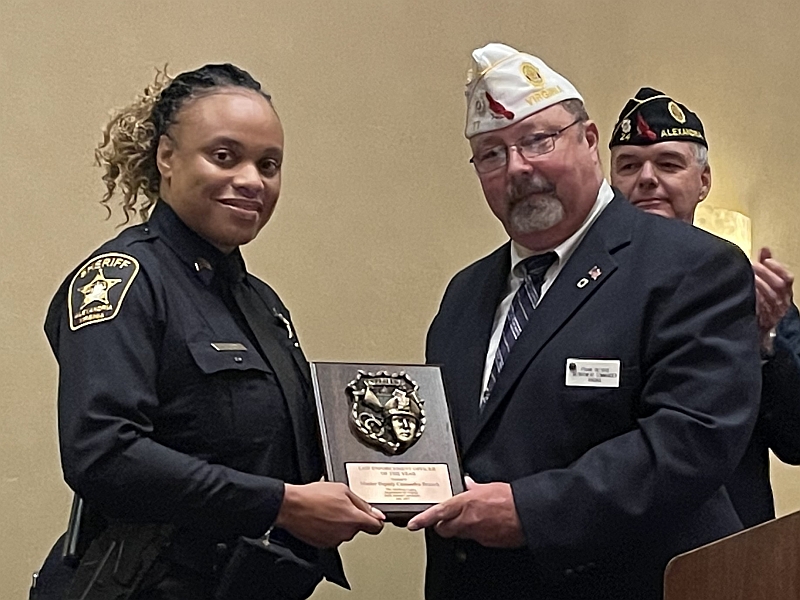 Sheriff Sean Casey, several of Sergeant Branch’s colleagues, and her family members were in attendance and proud to see her recognized with such a prestigious award.

Earlier this year,  American Legion Post 24 in Alexandria selected Sergeant Branch as their 2021 Law Enforcement Officer of the Year for her exceptional service, both on and off duty. According to the Post Commander, they chose Sergeant Branch for her “outstanding performance in her chosen profession” and because “she serves as a wonderful role model in the community.” Post 24 then submitted the nomination to the state level for consideration and the Department of Virginia found her to be deserving of its statewide award

Since joining the Sheriff’s Office in 2004, Sergeant Branch has taken on specialized assignments and positions beyond her basic duties. These include serving as a field training deputy, being a longtime member of the award-winning Honor Guard, and serving on the Sheriff’s Employee Advisory Committee (SEAC), first as a member and ultimately becoming the president in 2017.

Sergeant Branch is genuinely concerned for others, whether they are community members, co-workers, or those entrusted to our custody. She has a degree in social work and is experienced in crisis intervention and American Sign Language, and she uses her skills to effectively communicate with people, particularly those who are having a difficult time.

In addition to her contributions at the Sheriff’s Office, Sergeant Branch has had a significant impact in the community. In her off-duty time, she is involved with organizations and programs that aid people who are blind or have low vision, helping behind the scenes and teaching exercise classes to those who have sight loss.

The Sheriff’s Office also extends congratulations to Lieutenant Erin Mustian of the Alexandria Fire Department who was selected as the Firefighter/EMT of the Year by the American Legion Department of Virginia. Chief Corey Smedley accepted the award on her behalf at the same ceremony where Sergeant Branch was honored. 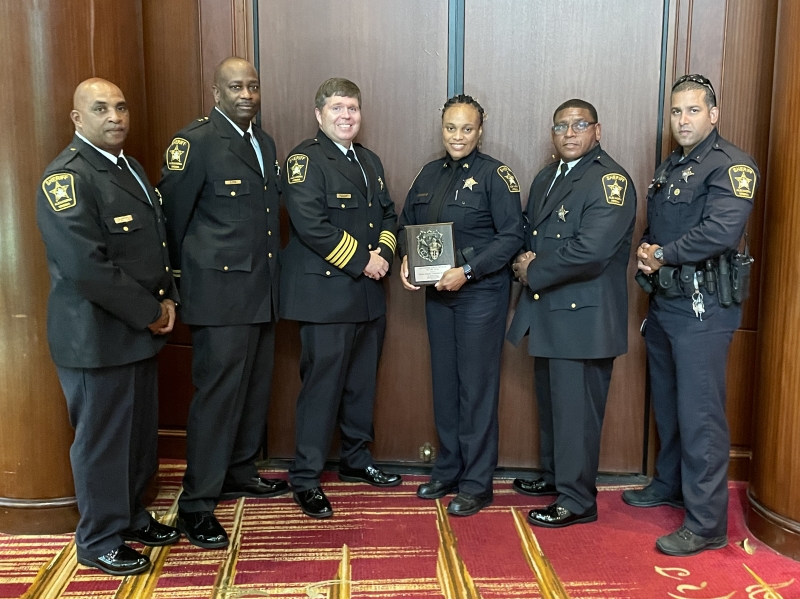