Seminary Road is a key corridor in the City of Alexandria’s transportation network and was repaved in Fall of 2019. According to the Complete Streets Policy, T&ES Staff is encouraged to use repaving as an opportunity to consider and incorporate changes to enhance the safety and convenience of all users. In September 2019, City Council voted to redesign the roadway to include one travel lane in each direction, a center turn lane, new crossings, and bicycle lanes.

Seminary Road was identified in the Pedestrian and Bicycle Chapter of the Transportation Master Plan for potential improvements to ensure the safety, mobility, and accessibility for all roadway users. Data analysis conducted through the Vision Zero Action Plan also identified Seminary Road as a high-injury corridor.

In 2016, the City reduced the posted speed limit on Seminary Road (Quaker Lane to Library Lane) from 35 MPH to 25 MPH. Since then, data show that vehicle speeds and crashes have decreased. To sustain this benefit, the roadway design must reflect the posted speed limit and better accommodate people walking, biking, driving, and riding transit. 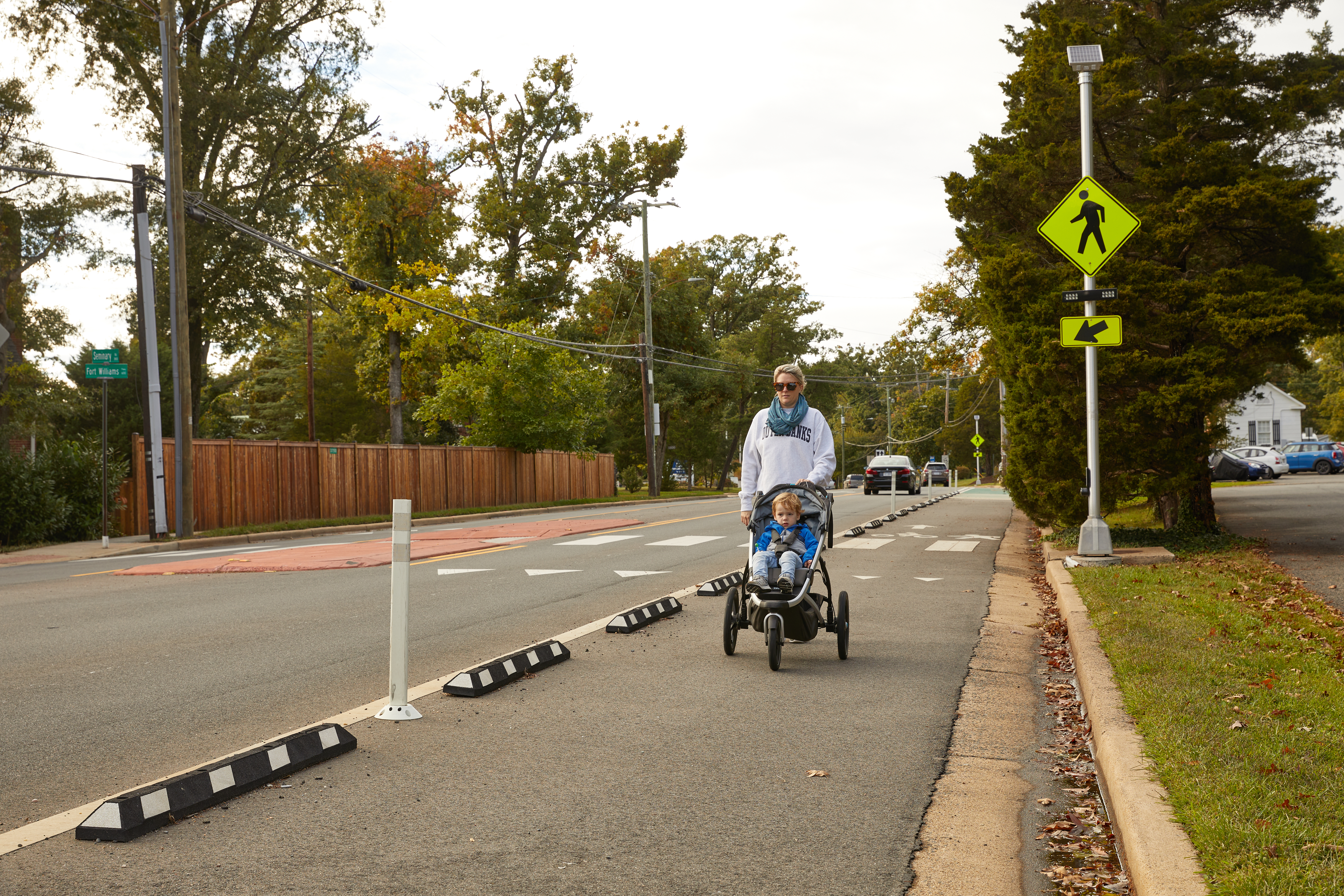 The Seminary Road Project Evaluation Report and Attachment 1  are available for the public.

City staff gathered feedback from the community regarding their concerns with Seminary Road through an online feedback form and community walkabout, and a community open house.

Three alternative options were developed after reviewing public comments and concerns from previous engagement efforts as well as those that have been a part of this project process. The public meeting on Phase 2 of the project was held on Monday, March 25, 2019. The three alternatives, as well as supporting background information, can be viewed below.

Alternative three proposes what is known as a Road Diet. Some benefits of a road diet are described in this Federal Highway Administration video

Multi-lane roads put crossing pedestrians at risk for an often-severe type of crash known as the Multiple Threat. This Pedestrian and Bicycle Information Center video shows the causes of this crash risk.

After considering public input, technical analysis, and Council-approved priorities, staff developed a recommended design alternative for Seminary Road between North Howard Street and Quaker Lane. The staff recommendation was a hybrid of Alternatives 1 and 2, with modifications. Staff held a community meeting on May 30, 2019.

Traffic and Parking Board

Staff presented the staff recommendation for the project to the Traffic and Parking Board on June 24, 2019. The Traffic and Parking Board's recommendation to the T&ES Director was to maintain four vehicle travel lanes (two in each direction) and establish HAWK (Pedestrian Hybrid Beacon) signals at two crossings: (1) Gaillard/Chapel Hill Bus Stop; (2) between St. Stephen's Road and Ft. Williams Parkway.

The T&ES Director waived the appeals process, and the Traffic and Parking Board's recommendation was presented directly to City Council in September.

On Saturday September 14, 2019, staff presented the project and the Traffic and Parking Board's recommendation to City Council. In a 4-3 vote, City Council approved Alternative 3 for the design of Seminary Road between N. Howard Street and N. Quaker Lane.

Staff developed the design with an inter-agency group that included the Fire Department. The following design features were implemented:

Paving was scheduled for October 2019, and additional flyers were sent to residents a week before paving began, as is typical with other paving projects.

In October 2019, the City of Alexandria began milling and resurfacing Seminary Road from North Quaker Lane to Library Lane. The repaving work implemented design changes to Seminary Road that were approved by City Council in September 2019. The project was completed in December 2019.

On February 11, 2020 staff from the Department of Transportation & Environmental Services, the Police Department, and the Fire Department provided an update to City Council and answered questions asked by Council. Key highlights include an overview of preliminary travel times. Data showed that across the day, travel times were relatively unchanged, but during the peak half hours of the morning and evening, travel times increased by approximately 1 minute and 30 seconds, respectively. The presentation outlined the project costs, crashes, and the timeline for full evaluation. Staff answered questions regarding emergency vehicle access and the crash history along the corridor.