On View at the Alexandria History Museum

The permanent exhibition, Building a Community: Alexandria Past to Present explores the city from prehistoric times to the present. The James Coldsmith Gallery is used for smaller exhibits that focus on some particular story within Alexandria's history.

Witnessing Worship: A Photographic Study of Faith in Alexandria

On Display in the Coldsmith Gallery.
Through July, 2022

In 1985, photographer Nina Tisara documented fifty worship groups throughout the City of Alexandria. The 106 images, now in the Alexandria History Museum collection, provide a portrait of Alexandria’s worship community at that time.

Ms. Tisara photographed worship in many different churches, as well as synagogues and a home where Buddhist monks lived and worshipped. There were no mosques within the city, so none were available to be included.

Nina Tisara sought to document “the breadth, variety, and vitality of worship in the city.” She came to call her project Converging Paths because the experience led her to conclude that, despite the many different paths worship takes, “we are all kin.”

Building a Community: Alexandria Past to Present

The permanent exhibition, Building a Community: Alexandria Past to Present explores the city from prehistoric times to the present. The exhibit is shown in the museum's two main galleries.

From Prehistory to Antebellum Alexandria 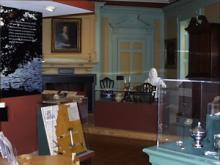 Building a Community: Alexandria Past to Present:
From Prehistory to Antebellum Alexandria

Clues To The Earliest Occupants
This section examines the area's Native American residents from approximately 10,000 B.C. until English contact in the 17th century. Numerous stone tools and a very rare piece of pottery recovered from early campsites are shown along with a bow and arrow and other tools that early people used to shape their environment.

Seaport City
Enterprising Beginnings is a look at the founding and commercial growth of Alexandria as a tobacco and grain port through the 18th- and early 19th-centuries, and includes the story of the British invasion in 1814, complete with an 1,800-pound carronade (or short-range cannon) from the same period.

Seaport City: The City Matures
The last area describes the culture and contributions of white and black Alexandrians in building the community before the Civil War.

From the Civil War to the Modern Era 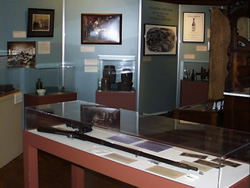 Building a Community: Alexandria Past to Present:
From the Civil War to the Modern Era

An Occupied City: The Civil War Years
This area shows the tremendously disruptive impact of the war on Alexandria, which was seized by Union forces in May, 1861 and held for the duration.

Changing Fortunes: Reconstruction Through The Great Depression
This section documents the community's gradual recovery from wartime occupation and the beginnings of new industrial growth through the turn of the 20th century.

The City Looks To The Future: World War II To The Present
The last section reviews the many ways in which Alexandria has changed in this century, gradually becoming a suburb within the Washington metropolitan area.

Tramping and Trailing with the Girl Scouts

Learn about Alexandria’s first Girl Scout troops and the important role youth organizations have played in supporting girls in their formative years. 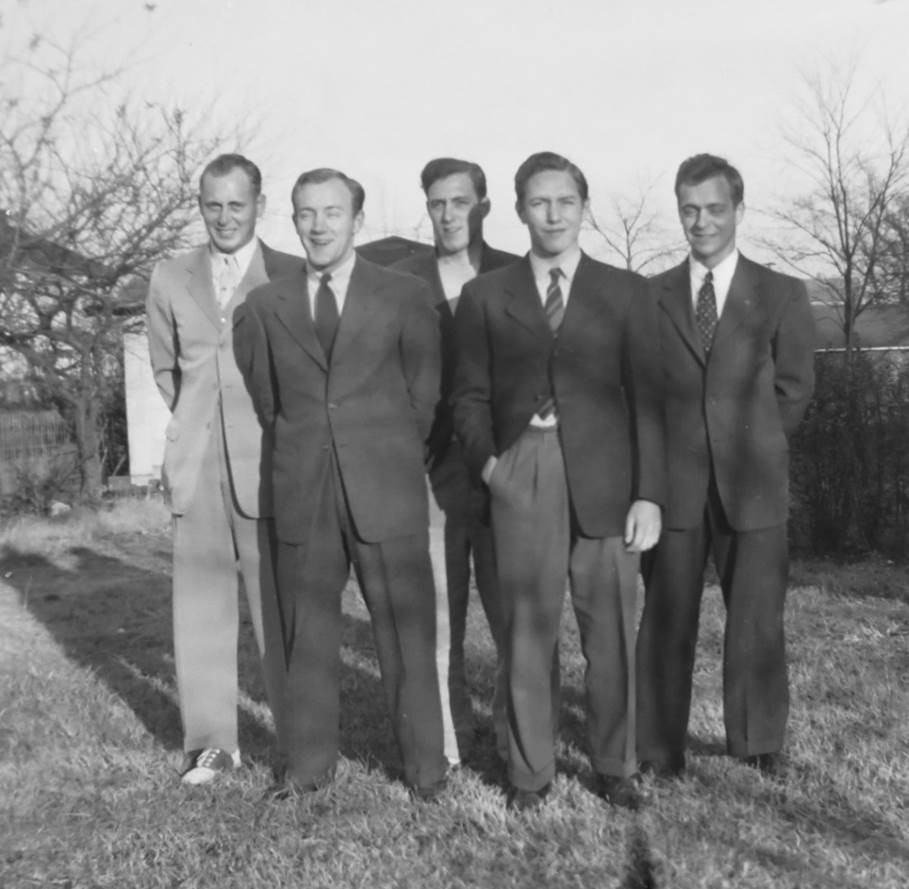 December 7, 2016 marked the 75th anniversary of the attack on Pearl Harbor, which officially launched the United States into the Second World War. Among the more than 16 million Americans who served in the military during that conflict were the five Payne brothers, who were born and raised in Alexandria. Fortunately, all five survived the war despite some harrowing experiences, and all five returned to Alexandria to raise families and to participate in the community in many different ways.