Learn of the centuries of history at this corner of N. Royal and Cameron Streets.

Gadsby's Tavern Museum consists of two buildings, a ca. 1785 tavern and the 1792 City Tavern and Hotel. In those seven short years, the young Republic began to take shape through the conversations and choices being made in these tavern spaces. The impact of these choices about how far to extend power—political, economic, and social—are still being felt today.

Named for Englishman John Gadsby who operated them from 1796 to 1808, the tavern businesses were central to Alexandria’s port-based economy, offering spaces to dine, entertain, and spend the night. A large, enslaved labor force made Gadsby’s renowned hospitality possible. Notable patrons that enjoyed this hospitality included George and Martha Washington, Thomas Jefferson, and the Marquis de Lafayette. The most well-known event was the Birthnight Ball, when Washington celebrated his birthday in 1798 and 1799.

After serving as a tavern and hotel during the Civil War and into the late 19th century, the buildings were used for variety of commercial uses and soon fell into disrepair. In 1917, the Metropolitan Museum of Art purchased the historic woodwork of the City Tavern Ballroom because of its Washington connection to include in their new American Wing. Twelve years later, American Legion Post 24 purchased the buildings, saving them from demolition, and undertook a community-wide restoration effort.  In 1972, the buildings were donated to the City of Alexandria, restored again, and re-opened in 1976 for America’s Bicentennial Celebration.

Though the buildings were saved due to the taverns’ connections to famous guests, the Museum now tells the story of all people who interacted with the spaces as they negotiated daily life in the early United States. 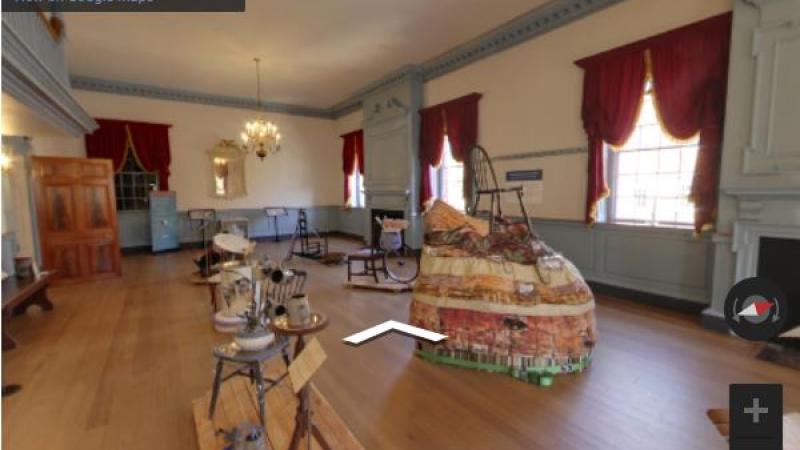 Visit the first and second floors on Google 360 Virtual Tours. The virtual tour was created in late 2017, during the Time and Place exhibition. 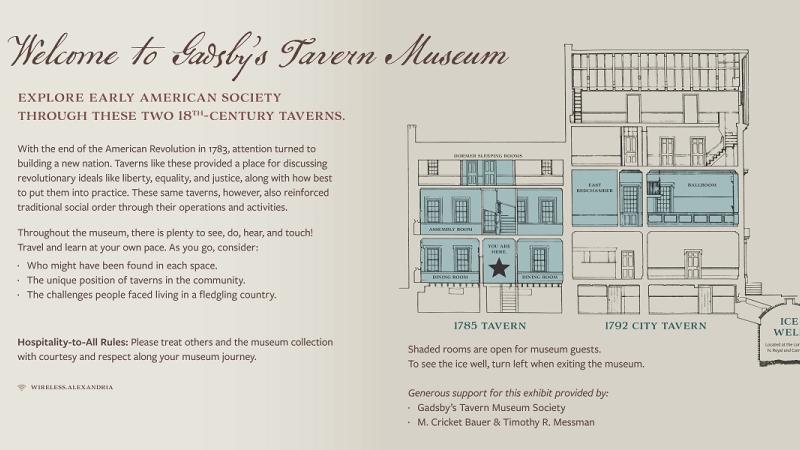 The online tour of these two taverns - the 1785 tavern and the 1792 City Tavern - explores power in the new Republic and its impact on people. 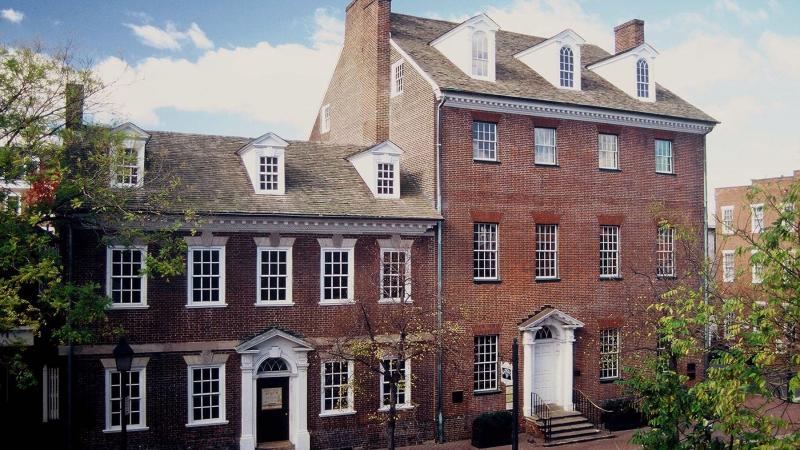 This page has hours, admission information, tour options, and directions to assist in planning your visit. 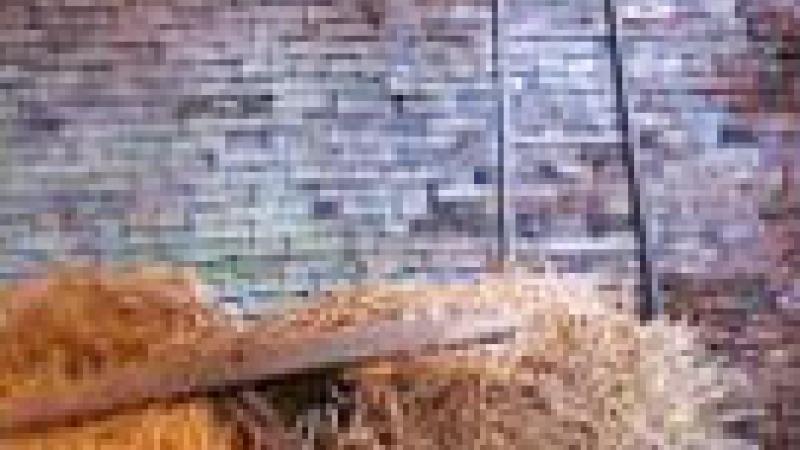 How was ice preserved in the 18th century? Learn more through the City Tavern’s 1793 Ice Well. 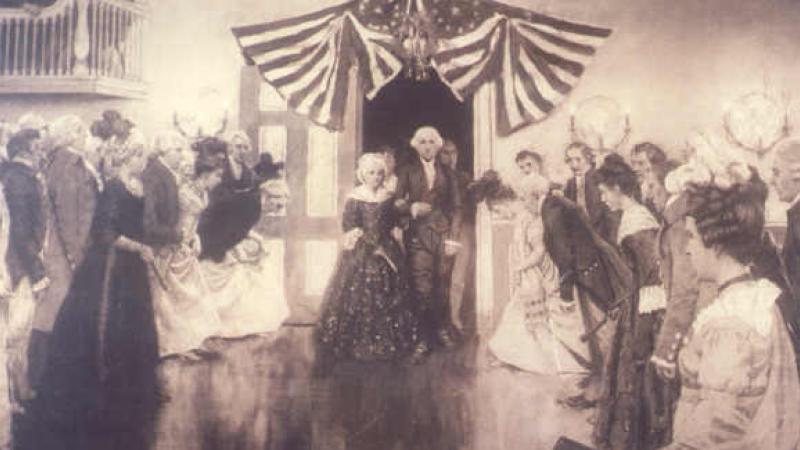 Gadsby’s Tavern Museum is famous in part because George Washington celebrated attended the Birthnight Ball in his honor here. Learn more about this historic event. 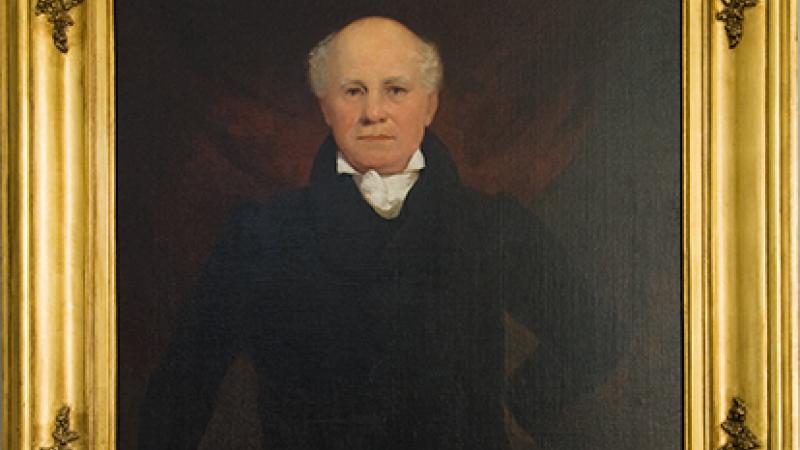 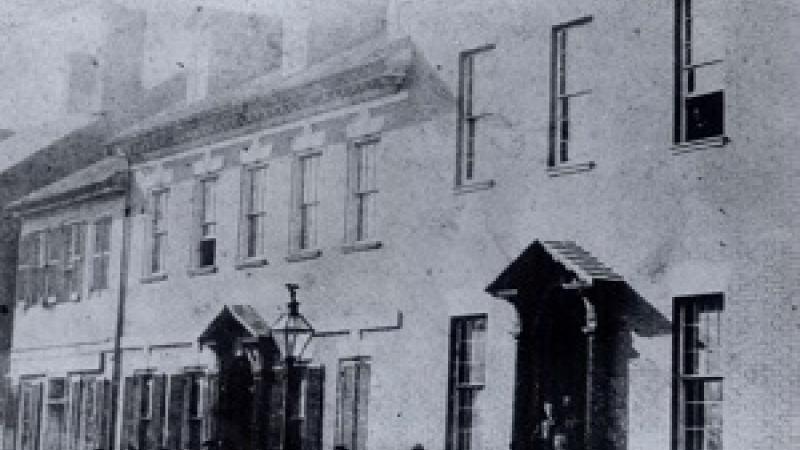 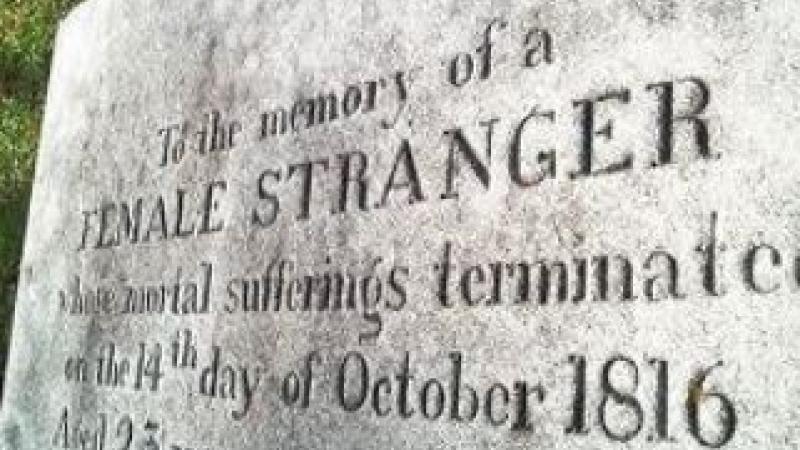 The Female Stranger is a famous local legend and ghost story. Who was she? 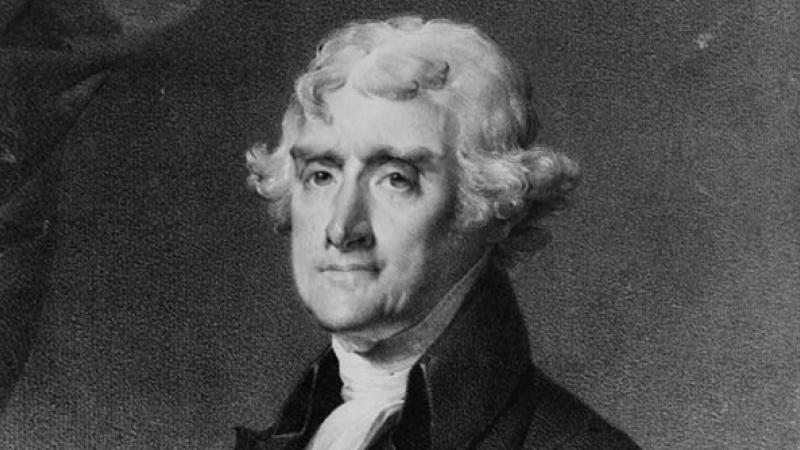 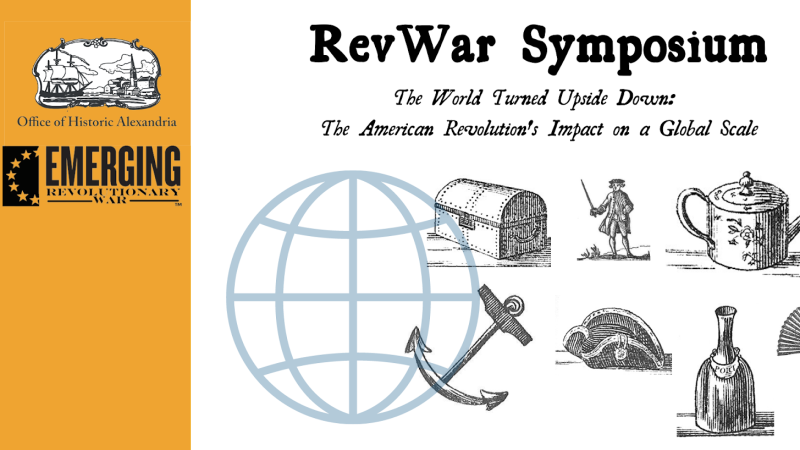 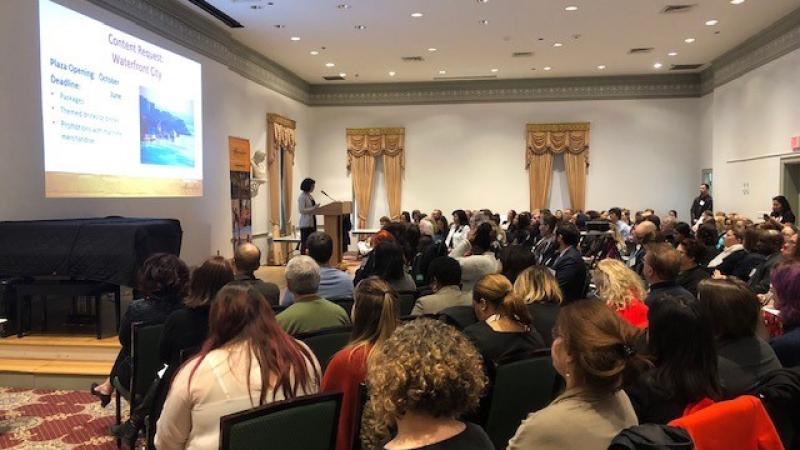 Past Exhibits at Gadsby's Tavern Museum

The Collections of Gadsby’s Tavern Museum are wide and varied. From ceramics to furniture, each object tells the story of the evolution of hospitality in the 18th and 19th centuries. The Photographic Collection documents the tavern’s 20th century journey from run-down buildings to world-class museum.